We have the pleasure to announce that the Jagiellonian University Student Team supported by Kubas Kos Gałkowski and prepared by Kamil Zawicki, attorney at law, was ranked 1st in the final of the 3rd National Commercial Arbitration Moot Court held on 21 April 2017.

The third edition of the moot court competition aimed at popularising and promoting the knowledge in the scope of arbitral proceedings. The event was organised by the ELSA Warszawa Local Group.

We extend our congratulations to the team members and wish them further successes! 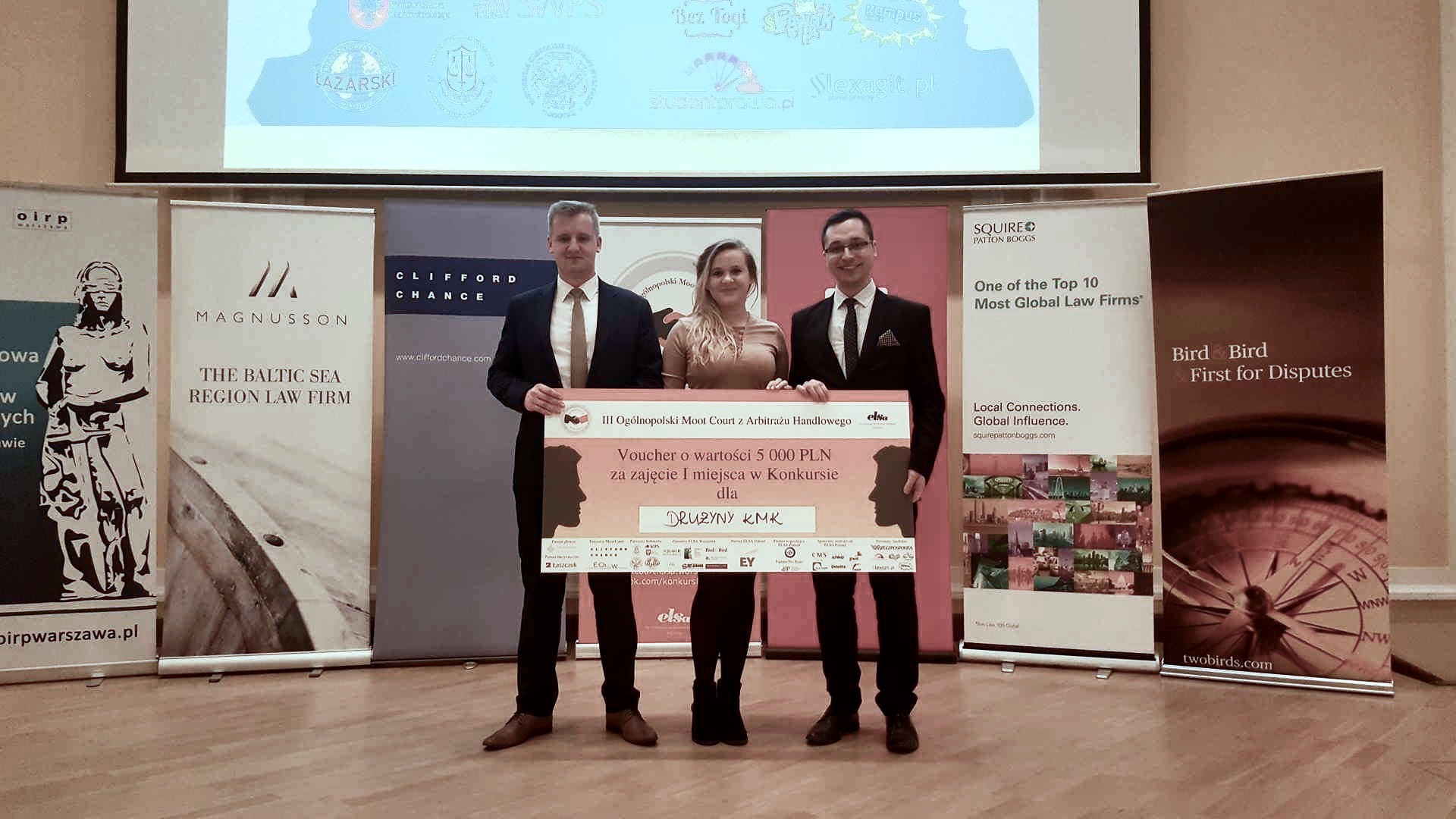