Arkadiusz Czekaj, a Former Intern at Kubas Kos Gałkowski, Becomes a Student at University of Oxford

We would like to acquaint the reader with the story of Arkadiusz Czekaj, our former intern and laureate of the Kubas Kos Gałkowski scholarship competition who, as one of forty selected law graduates in the world, has become a student of law at University of Oxford. He owes his success to his own determination and support of the people who appreciated it.

Kamil Zawicki, attorney-at-law and co-managing partner at Kubas Kos Gałkowski, acting as a tutor to Arkadiusz Czekaj, was the first person to whom the student turned for assistance. Mr. Zawicki provided Mr. Czekaj with organisational support, whereas KKG supplied the financial aid.

Mr. Zawicki met Mr. Czekaj in 2013, when the former acted as a coach of the student team participating in the moot court competition entitled ‘2nd Draft of Common Frame of Reference International Arbitration Moot’, organised by the Court of Arbitration at the National Chamber of Commerce in cooperation with the Institute for European Legal Studies. In 2015, their paths crossed again, when Mr. Zawicki undertook to prepare the team Mr. Czekaj was a member of for a decidedly more difficult challenge – a worldwide competition entitled ‘Foreign Direct Investment International Arbitration Moot’.

In the course of further cooperation, Mr. Zawicki also had an opportunity to advise Mr. Czekaj in his discharge of a difficult new role – that of a student team coach competing in the frames of the 2nd National Moot Court in Commercial Arbitration organised by the European Law Students’ Association In Warsaw at the turn of 2015 and 2016.

All the activities in which Mr. Czekaj engaged confirm his commitment, enthusiasm, and responsibility. We wish Mr. Czekaj a successful stay at Oxford!

We also invite you to watch the video material. 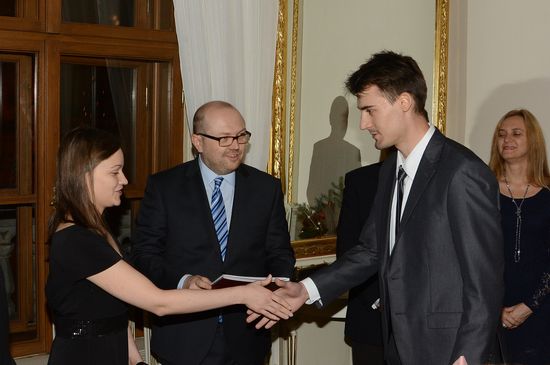